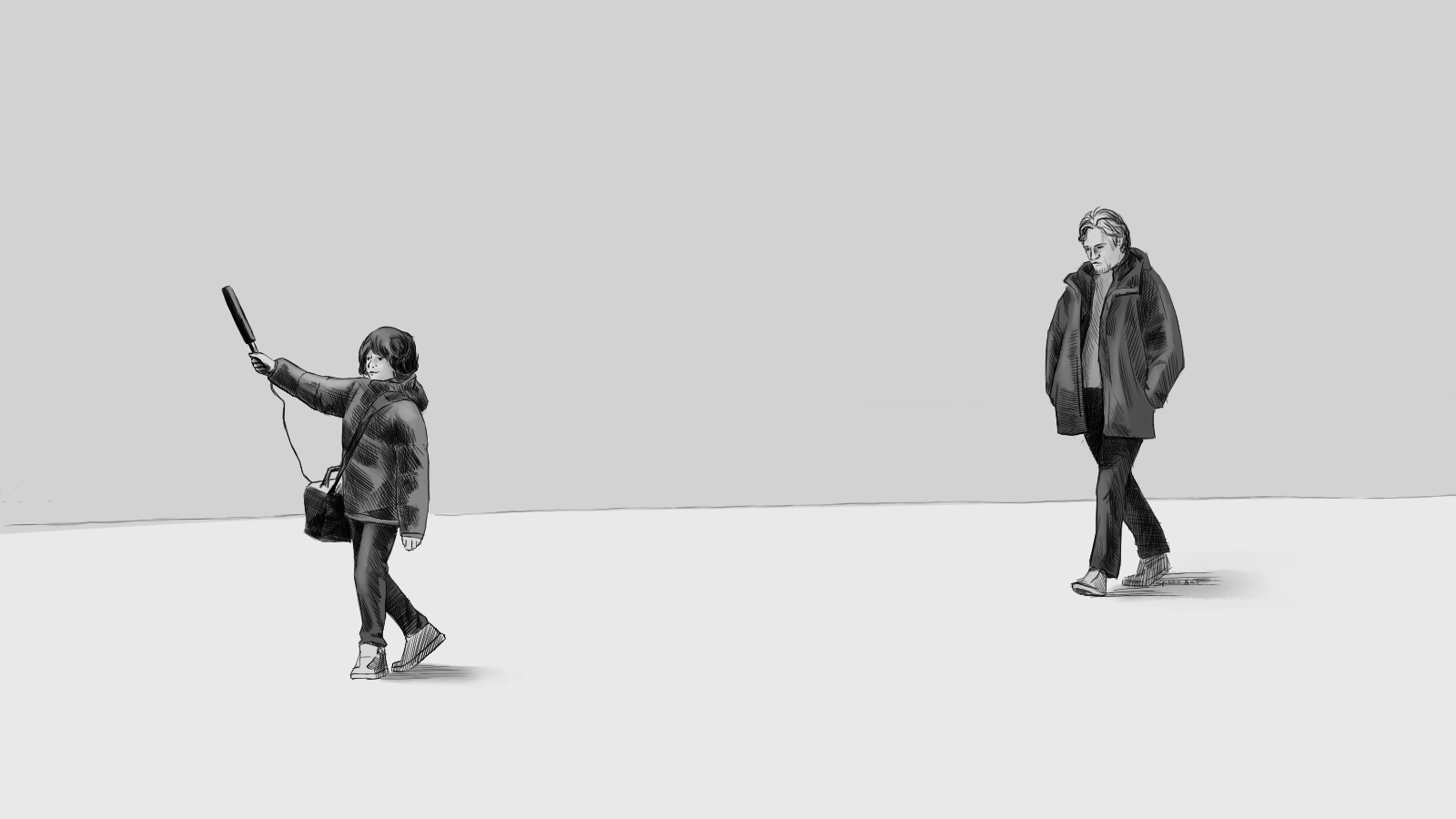 Johnny (Joaquin Phoenix) wants to help out his big sister Viv (Gaby Hoffman) whose husband has ended up in a mental institution. The job does not seem too difficult - he has to look after Gaby’s 9 year old son Jesse (Woody Norman’s excellent debut). The kid is clever beyond his years; weird and a bit of an outsider. Funnily enough, the same adjectives can be used to describe Johnny himself. And so, two buddies set out on a journey to New York.

Like in his previous films, director Mike Mills focuses on family dynamics. It seems as if he poses a question on what makes a family family. What unites it besides blood ties? What separates it?

This is not the first time we see movies in which a smart child changes an older man’s life by helping him realize what family is. Robert Brenton has masterfully portrayed that in Kramer versus Kramer; Wim Wenders sets off his 40-year-old protagonist Philip alongside a young Alice in Alice in the Cities. Mills approaches this trope from a different perspective gesturing towards contrasts.

The film is built on demonstrating contrasts which are revealed either explicitly or inconspicuously. Mills counterposes a child’s whims vs. the conscious responsibility of adults; spontaneity vs. planning; a child’s curiosity vs. the disappointments of adults. In such scenarios, a child embodies angelic qualities like in Renaissance paintings - it represents one’s connection with inner nature, forgotten and neglected as ”adult life” gets in the way.

This contrast is enhanced visually through black and white aesthetics which emphasizes the monotony and tedium of adult life. Mills also wants us to pay attention to the cityscapes of NY and LA, their sounds embodied in car horns and train clonks. His camera bumps into street signs, buildings and places. Mills underlines the intensity of our interaction with cities which have nurtured us. So, Jesse’s sensibilities have been cultivated by LA, by its hustle and bustle, by the sound of the ocean; by the mentality of the city which praises success, a burden his father is not able to carry.

Empowered by Phoenix’s gentle and nuanced performance, C’mon C’mon left me with a bittersweet feeling of nostalgia and melancholy.