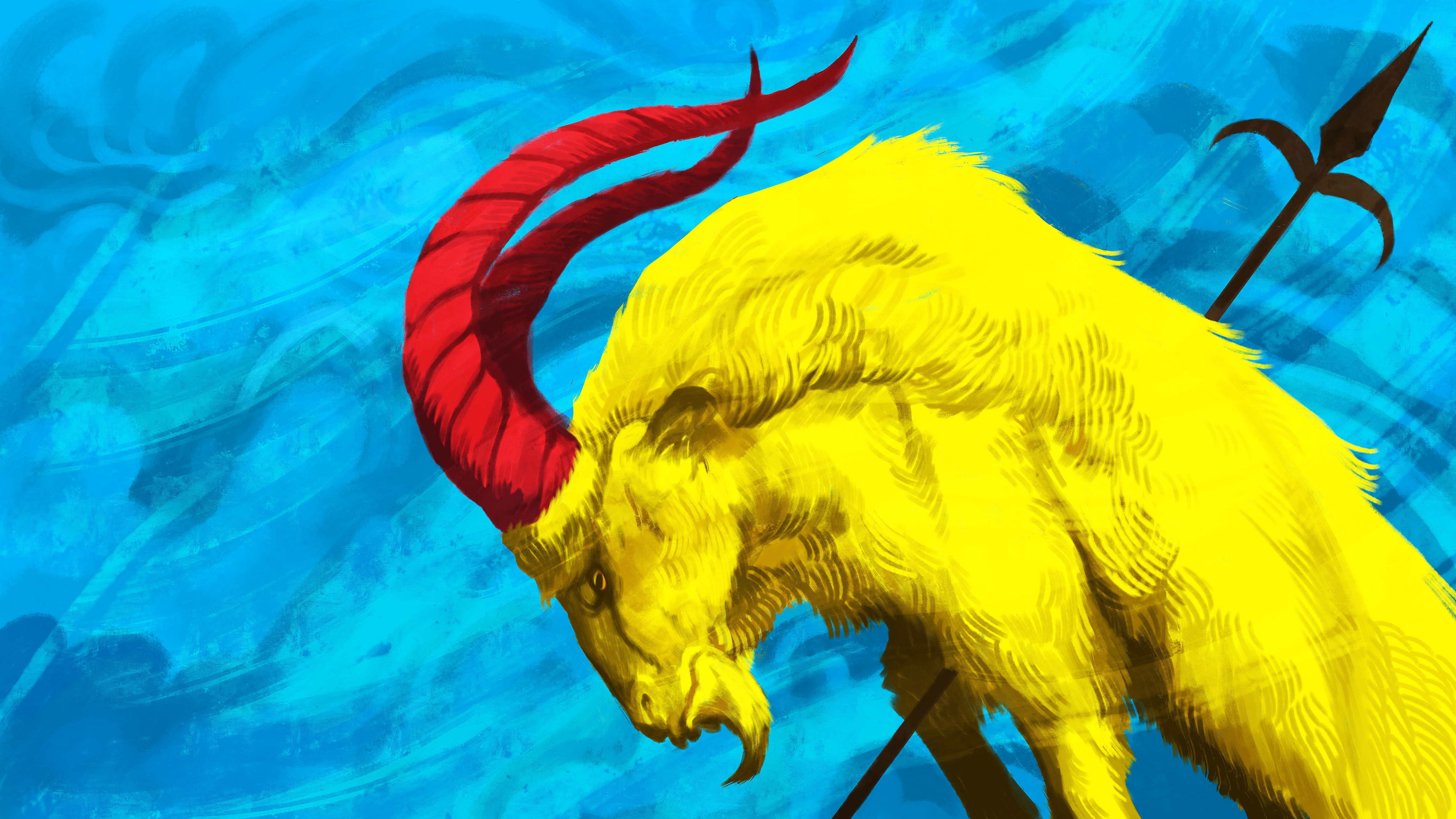 Cobalt blue conjures cloudless summer skies and lilting waves against rocky Adriatic beaches. It also hosts the background of an evocative flag with a turbulent and often opposing history of the Istrian region, as three modern countries -  Italy, Croatia and Slovenia - share a common consideration for the delicate things in life; mosaics, medieval towns and modern art.

It’s geographic location means that the Istrian peninsula has Roman ancestors to thank for the impressive amphitheatre in Pula, the Euphrasian Basilica in Poreč and the ever-surviving Hum, known affectionately, and most-truthfully as ‘the smallest town in the world’ - Najmanji grad na svijetu. Though art and architecture have morphed with the times, with many Istrian festivals showcasing the latest in video technology, and impressive light shows - omitting the last two years - there is a contagious sense of pride at the thousand-year-old mosaics that give a tiny insight to historical importance, with carefully preserved laundry streams becoming an iconic part of the towns’ tapestries.

Pula hardly lets us forget the two-thousand year old Triumphal Arch of Sergius, which holds onto the nickname Golden Gate, despite two millennia of weathering. Hotels have taken over in the most recent decades, as the most innovative architecture allows for these monumental buildings to house over 300 people at a time, with coastal views of paramount importance. Rovinj can boast hotels of exceptional calibre, yet they will never have the same draw as an ancient amphitheatre that was doused in the blood of slaves, and entertained the masses for generations.

Poreč claims the title of ‘city of mosaics’ and rightly so, as the UNESCO World Heritage List deigned to include the Basilica in 1997. Inspired by the Byzantine aesthetic, Bishop Euphrasius wanted to build something that revered not only God, but himself as his relationship with the Pope had soured. Arguably, plastering his initials throughout the Basilica could be considered narcissistic, but without Euphrasius’ single mindedness, Poreč would never have gained this architectural gem, that gleams with images of Christ, the saints and the apostles.

Religion plays a powerful motivator in the art of Istria, with many renditions of the infamous Virgin and Child littering the mountainsides and beach towns. The smallest of these towns, Crikvenica, named for the church’s proximity to the tributary, expanded around the Pauline monastery - now a hotel - with its own Renaissance painting of Mother of God with Child. Though Paolo Veneziano’s workshop is attributed to this work of art from the 15th century, there is no immediate proof, as it lacks a signature. There is an assumption that it was presented as a gift for the first wife of Nikola Frankopan, Dorothea Gorjanska.

In the 21st century religion is not quite as inspiring, with new artwork criticising both the institution and questioning traditions. For some artists it’s far more difficult to have their work shown in towns that pride themselves on convention, but there are pockets of peaceful protests around the peninsula that encourage people to ask questions. A small gallery in the heart of Crikvenicia allows for these conversations to be explored, as different artists are exhibited throughout the summer months. One of these artists, Željko Lapuh, depicts a monumental melancholic atmosphere with his landscapes of unrest, painted during the warring 1990s. He has mentioned of his work that there is a sense of disruption, with the abstract backgrounds giving way to sculptural forms, poses that could easily be imagined in a space, yet are distinct and somewhat ruptured.

Đuro Seder on the other hand, shamelessly chooses his favourite paintings for his internment, with heavy handed strokes, scrapes and scratches made with a variety of tools, leaving scars across the bodies and faces of a nation. Similarly to Lapuh, his paintings cover a vast span of time, but lack the immediate commentary on the chaos of the late 20th century. However, a closer look at these vast portraits, the ferocity of movement is undeniable - that adaptability is a necessity as regimes are toppled with undue disrespect and survival becomes paramount. Seder’s freedom within his paintings is in direct contrast to the outside turmoil, and yet within these broad, almost frenetic, attacks of oil on canvas, a child-like innocence emerges, a desire for simplicity and human interconnectedness.

Hailing from the town of Labin and educated both in Rijeka and Paris, Sanja Švrljuga Milic spent her artistic career dissecting humanity’s deceptive tendencies, most notably with her Trojan Horse sculptures. Created after the Yugoslavian split, but during the ever growing rift among the smaller states, Milic hammered, toiled and welded away at her severed equine heads, each concealing an internal discourse. She intended to incite immediate physical reactions to the torturous constructions, offering a perspective of reality that was raw and disturbing, aware of the irony, yet allowing the viewer to follow her bittersweet journey. It was a sincere loss for the art world when Milic passed away in 2015.

Istria has hardly concluded its artistic foray into unexplored corners of medium and concept, but there is an inclination to rest on the Roman laurels of the aforementioned Amphitheatre, Basilica and mosaics. With modern art criticising the painful emergence of a current standstill, also known as peace, and architecture designed for the ever amassing tourists, there is an open space in Istria for ever greater creativity.