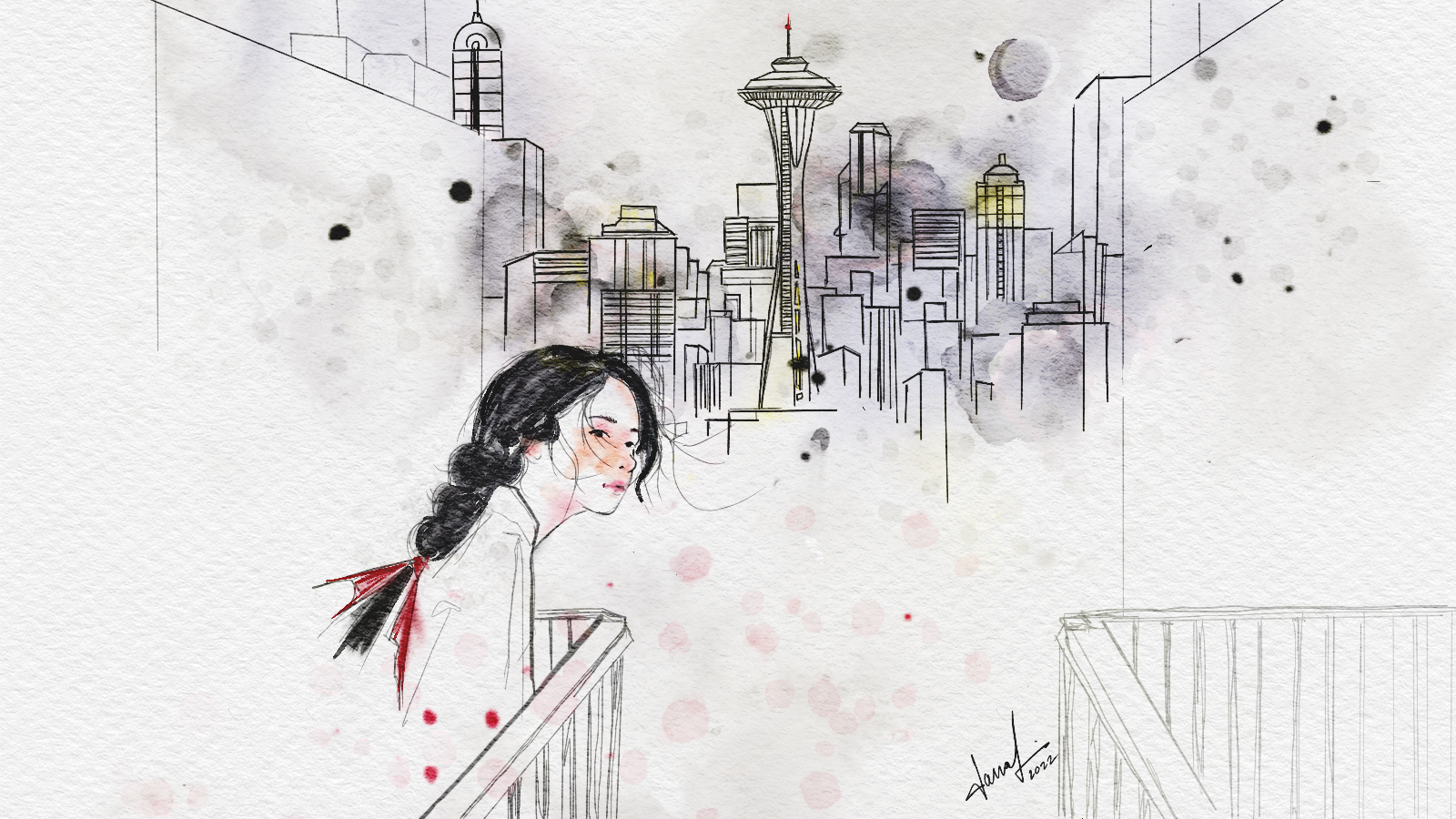 I always thought of myself as a global citizen, my parents being from two different countries and me being born in neither of them.​​ Then, moving across Europe having lived in Poland, Hungary, and Georgia, I thought I was prepared to face university life alone in California. These expectations were quickly shattered as I realized speaking the language was not enough to fit in. I moved to Isla Vista, an idyllic beach town that seems so isolated from reality. A place where there are only young adults that go to a single university, all trying to figure their lives out.

To give some background, I grew up in Tbilisi, Georgia, a city where it feels like everyone knows each other. Going on the street seeing people you kissed once, someone a friend mentioned while gossiping or someone you remember from that one art class you took. With this, there are benefits like your friend group expanding to the whole city, and if someone is throwing a party you will probably know who, when, and where. This was completely unlike the environment I moved to.

Before I moved to California I heard a lot of people talk about the differences in measurement units like temperature, length, and volume as being confusing. The food, how casually people dress, and how everyone uses a car. All those points being valid, the most important thing for an extrovert like me in any place is the social environment. The people and the culture were the most noticeable distinctions.

In California, people make conversation on the street, in coffee shops, in supermarkets or in hallways out of politeness. Anywhere in Europe, strangers are not as warm. They will not go up to you just to ask which color looks best or make small talk about where you’re from. If someone does make conversation, it’s honest. Back home, everyone knows each other and people grew up in a similar way so it is easier to establish common ground and become genuine friends. I don’t think people are necessarily fake in California, but making small talk is a habit that makes them seem like most of them have a wall that is seemingly hard to break down.

Back home, we would study during the weekdays making sure all our homework is complete just to let all of that out during the weekend. Meeting people while bar-hopping from the age of 16, clubbing, and traveling. Living in a bubble where this was the norm. This bubble was quickly popped, as being below 21 in the United States took away parts of my life. The independence I was comfortable with dissolved. I was underage, and without a car. In Europe, most teenagers do not have cars and they depend on public transportation and cheap apps like Uber. In the US, public transportation is not widely available and most people depend on their own cars which they usually drive from 16 years old.

Going out is seen in a different light. In Europe, being surrounded by strobe lights, colorful flashes, drinks, and people is seen as a way to have fun without necessarily indulging in risky sexual behavior or drinking oneself to the point of almost no return. Since Europeans have been going out for longer and it is more casual for them, they often see it as a way to meet new people, have crazy adventures, and make interesting conversations. It seems like the reason a lot of Americans go to the extreme is because they were repressed. The drinking age being 21 and actually being enforced prevents a lot of young adults from doing what they should.

The Americans I have met see the outside world differently. A lot of them find foreigners fascinating, yet at the same time think that they are superior. Different languages and cultures often surprise them since their worldview is often limited by capitalism and distance. I have noticed that the proximity in Europe allowed for more experiences of different cultures. This teaches awareness, sensitivity, and the ability to understand others.

Having lived there for several months and talked to friends who live in different places I realized that the grass always seems greener on the other side of the ocean. Those who study in Europe often wish for better weather and more diversity.